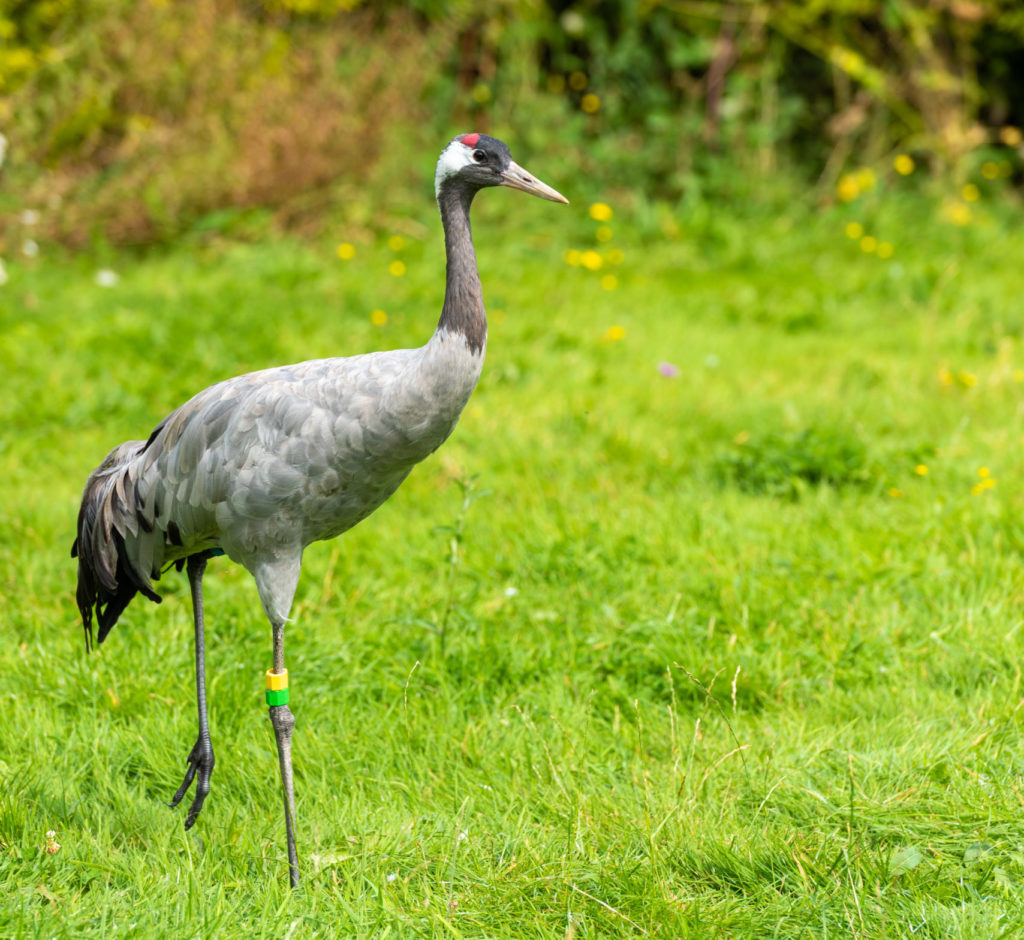 Find out why Eurasian cranes are under threat, how the Great Crane Project is working to bring them back from the brink and meet our delightful trio of this special species.

Did you know, around 400 years ago Eurasian cranes – also known as common cranes – were extinct as a breeding bird in Britain? Somehow, against the odds, they adapted to reduced wetlands and a more cultivated landscape. Today, there is a small breeding population on the Norfolk Broads, and we’re lucky that some choose to make Pensthorpe their home.

These beautiful birds like to travel – they have a large breeding range, stretching from northern and western Europe to eastern Siberia, and they winter in northern Africa. But they’ve suffered major habitat loss and fragmentation in recent years. Changes in land use as well as agricultural expansion have caused them big problems. And they also face significant threats from nest predation and disturbance, migration hunting and illegal shooting.

The Great Crane Project was set up in June 2006 in partnership with the RSPB and the Wildfowl & Wetlands Trust. Its aim was to re-establish this iconic wetland species in the UK. The first step was undertaking feasibility studies on possible release sites and their long-term requirements. The Somerset Levels and Moors was selected as an ideal site, and 93 cranes have since been released. Now the project is focused on monitoring these birds in the wild.

You don’t have to travel to Somerset to see these majestic cranes – we’ve got three right here at Pensthorpe. Dennis, Pippin and Merry were part of the Great Crane Project. Unfortunately, they all needed ground-breaking surgery to remove cataracts, which meant we couldn’t release them into the wild. Instead we’ve made a lovely home for them in the Wetland Discovery Area alongside their East African and red-crowned cousins. What’s more, every time you visit, you’re helping us look after them.